The Secrets of Akkadian Island 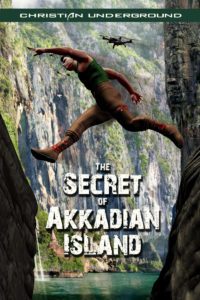 Have you ever wondered IF something STRANGE is going on in our world? Is there a secret or shadow movement, behind the scenes of the world stage? Is there a New World Order? A Babylonian Illuminati? An unseen hand? A force so powerful, so intertwined, that those aware of it dare not speak about it above a whisper? Is there an evil that is Hell-Bent on bringing the nations of the earth to their knees, forcing all governments to merge into a one World Government, one World Financial System and one World Religion? What about HAARP and weather modification, animal / human DNA manipulation, and The CERN project in Europe?

With your backing and help, these topics and more will be addressed and exposed in THE SECRETS OF AKKADIAN ISLAND! You will discover many of the situations, conflict and Game Scenarios, within THE SECRETS OF AKKADIAN ISLAND, seem ripped from Today’s Headlines! Secrets of Akkadian Island is based on decades of research and evidence, from some of the world’s best and top Researchers! PLEASE help us FINISH this GAME! Together, with the help of God, we can expose the evil deceptions at work behind today’s Headline Events!

Akkadian Island will be an open-world game, like other popular game franchises such as Fallout, Far Cry, and Just Cause, yet with some refreshingly new gameplay features:

Your mental perception can be altered by the paranormal powers of hybrids and super soldiers who are hunting you down.

Hallucinations and fear can cloud your thinking at certain points of the game.

You will seek to discover what globalist front company, LETCORP, has created on Akkadian Island.

Why is the elite of the earth racing to find, and steal bodies, from ancient tombs around the world? Is there an extinct DNA strand they are hoping to resurrect? Are they seeking help, through a doorway, or Stargate, to the other side?

At times, dimensional portals will be opened causing both the Spiritual Dimension and our Dimension to merge! We like to call this the “Escher Effect”. This effect will be a first of its kind! Trying to complete a level during the Escher Effect, as the rifts start to merge, will challenge even the most advanced gamers!

Try not to lose your focus while attempting to save the world, by closing these… “Apocalyptic Rifts”.

Due to recent anomalies in the air and around the region of Akkadian Island, several local scientific teams have asked a well-respected geographer, Dr. Colm Macklin to investigate the mysterious and rarely charted “Akkadian Island”. Though he is a scientist, Dr. Macklin was trained for years in military combat and covert skills.

Dr. Macklin lands on Akkadian Island in what The Underground Movement calls “Ghost Armor”. This is a high-tech armor designed by the Underground military to make a soldier almost invisible. Dr. Macklin releases a stealth drone called a “Phantom Drone” that he must use to avoid detection. These are critical recon missions, to discover the carefully hidden and cloaked entrances to Akkadian Island, these entrances will not be discovered easily! 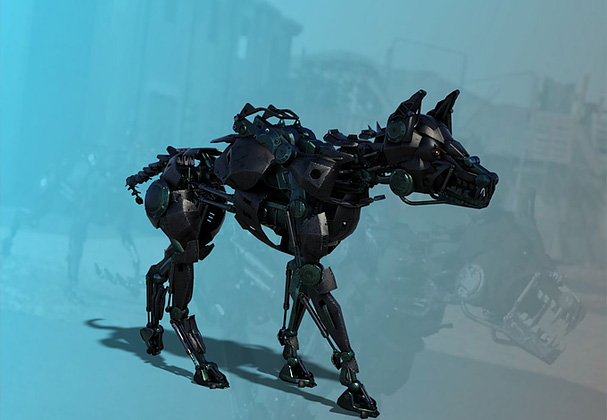 While Playing you will want to avoid detection by above ground robotic sentries, created by the Shadow Government called “Tech Reavers”. These cyber electronic creatures are based on actual technology being engineered and built by the military today (in the real world) to create an almost unstoppable killing machine!

Macklin will meet and rescue Physicist Dr. Adelle Tabor. Dr. Tabor doesn’t know it yet, but she is under God’s Guidance. His Guidance will lead her out of the LET corporation and into the Christian Underground movement! Her Knowledge of LETCORP and this base… will be a “key” to surviving and completing your mission on Akkadian Island!

Macklin discovers hidden entrances into the underground base. At various locations, the player will find dozens of earth diggers. Lucent Edge Technologies corporation and the shadow government have used these to build a massive underwater Hadron collider! The collider runs for miles under the ocean floor!

The supercollider begins and ends at Akkadian Island.

With this CERN-like device, LETCORP has opened an Inter-dimensional Stargate, in the base at Akkadian Island.  When the collider is activated…it sends shockwaves across the ocean floor, Unleashing small Tsunamis, to the surrounding regions. Once these Inter-Dimensional “Apocalyptic Rifts” are opened… Dark and Dreadful spirits (Bound in Tartarus for over 70 generations!) Will begin to pour forth upon the Earth once more! As these Demonic enemies of all mankind come through… You will need to learn the Spiritual Secret to stop and defeat these powerful forces! There is a far superior power to be called upon! And, in his mighty name, you shall prevail!

The player will come to learn these spirit beings will also need bodies to inhabit. Macklin and Dr. Tabor will eventually discover, to their horror, that the Babylonian Illuminati are creating modern, six-fingered six-toed, Nephilim!! Re-creating them from recovered ancient DNA, found in Lost Tombs from around the world.  Macklin’s mission becomes all too clear! This base and Stargate… must be destroyed! He will also uncover plans for a scalar weapon that will have the ability to strike anywhere in the world, without warning! These plans lay the ground for the ultimate weapon of the anti-Christ, mentioned in the Book of Revelation Chapter 13:4 and 13:13 “Who is like unto the beast? Who can make war with him? … he doeth great wonders so that he makes fire come down from heaven, on the earth, in the sight of men,” No matter what, at all costs, The Underground must find and destroy this weapon! Or else the time of the end, may indeed, be upon us all.